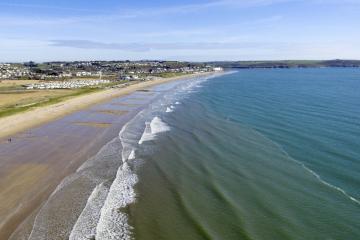 EirGrid is to carry out further work at Ballyadam to determine if a converter station for the Celtic Interconnector can be built there.

The state-owned company that develops and operates the national electricity grid is publishing a report following the latest round of public consultation on the project, which will provide the first direct energy link between Ireland and France.

Michael Mahon, EirGrid Director of Infrastructure, said: “The report presents a lot of new information. It includes comments expressing concern and support, as well as suggestions for additional work for us to undertake.”

EirGrid uses a six-step process for consulting with the public and stakeholders on electricity infrastructure projects. During Step 4 of the process, the most appropriate place to build the infrastructure is identified and assessed. A number of stakeholders stated a preference for a site at Ballyadam near Carrigtwohill as the most appropriate location for the new station given the existing industrial and commercial activity in the area.

In addition to the site at Ballyadam, two other sites near Knockraha were consulted on as potential locations for the converter station, an industrial-type building with electrical equipment that converts direct current electricity to alternating current and vice versa.

EirGrid indicated at the start of the consultation that work to determine a suitable location within Ballyadam would continue. Work has progressed, and having reviewed available studies and site investigations previously carried out in the area, it has been decided that more focused site investigations should be carried out over the coming months.

This further work is required before a final decision can be made on the best-performing converter station option to take forward and the company plans to make an announcement on this later this year.

Mr Mahon added: “Feedback remains at the heart of our assessment process. While the formal public consultation is closed, we will continue to work with local communities to reduce impacts and maximise the benefits of the project for those living and working in the area.”