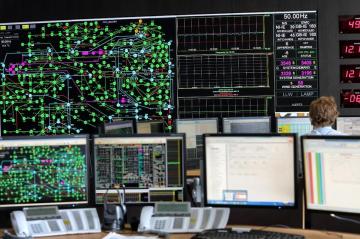 Renewable energy accounted for one-third of electricity used on the island of Ireland during 2018, according to new analysis from EirGrid.

These are the highest ever levels of renewable generation on the Irish power system and provide a clear indication that Ireland is on track to meet its target of 40% of electricity coming from renewable sources by 2020.

Mark Foley, EirGrid chief executive, commented: “These figures are very reassuring in the context of the 2020 targets. We are pushing the laws of physics in order to meet the challenge of integrating increasing amounts of renewable energy onto the electricity system and it is encouraging to see the positive results of this work.”

The analysis shows that 32% of electricity demand in Ireland during 2018 was met by renewable sources; in Northern Ireland the figure was even higher at 36%. The figures in 2017 were 30% and 31% respectively.

Wind power makes up the vast majority of the renewable resources on the island, followed by small amounts of hydro-power and solar-power.

EirGrid’s ground-breaking Delivering a Secure Sustainable Electricity System (DS3) programme of work has made it possible to reach the one third figure. Under the programme, EirGrid is now managing up to 65% renewable energy on the power system at any given time, a milestone reached last April.

Ireland and Northern Ireland’s 40% targets are ambitious in comparison to their European neighbours, which include Britain at 30%; Germany 35%; Spain 39% and Belgium at 21%.

EirGrid is a state-owned company that manages and operates the transmission grid across the island of Ireland. Our high-voltage network brings power from generators, and supplies wholesale energy to heavy users. Our grid also supplies the electricity distribution network. We are responsible for a safe, secure and reliable supply of electricity: now, and in the future. We forecast when and where Ireland and Northern Ireland needs electricity: hour-to-hour, day-to-day, and year-to-year.