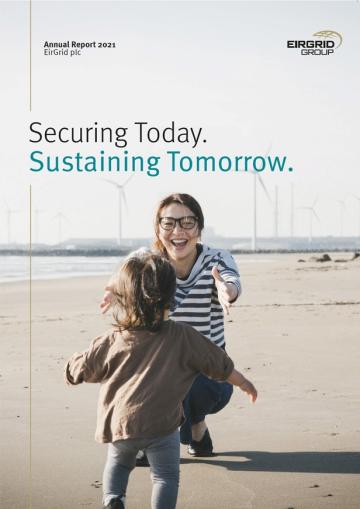 Dublin, May 27th - EirGrid Group, operator of the electricity grids in Ireland and Northern Ireland, has reported annual revenues for the year to 30th September 2021 of €737.4m, 7% higher than the previous year.

Profit before tax was €40.7m, up from €14.0m in 2020. This was mainly due to exceptionally low wind conditions during the year which meant associated costs were significantly below the regulatory revenue allowance.

Excluding the impact of over recoveries, management’s estimate of the underlying operating profit for 2021 was €22.1m. The related over-recovery will be returned to customers through a reduction in tariffs in future years.

The company is proposing to pay a dividend of €4.0m to the Government, unchanged from last year.

Brendan Tuohy, Chair, EirGrid Group, commented: “This was a very important year for the Group in the execution of our strategy, including defining the roadmap to 2030 through Shaping Our Electricity Future and the progression of critical infrastructure projects, such as the Celtic Interconnector.

“As the financial year closed, we approached the mid-point in the EirGrid Group Strategy, a strategy shaped by two factors: climate change and the required transformation of the electricity sector. I am pleased to report on the progress we have made in executing the strategy, in spite of the external challenges we have faced.”

Over the course of the 12 months, there was significant progress made on key infrastructure projects. These included the Kildare Meath Grid Upgrade, the North Connacht Project and the Celtic Interconnector, which was granted planning permission by An Bord Pleanála earlier this week.

There were other important milestones during the year. The East West Interconnector successfully transitioned to post-Brexit energy market arrangements and its availability during the year was 98%

A new system demand evening peak of 5,357MW in Ireland was recorded in December. While new wind records were recorded in February in Ireland, 3,591MW, and on the island of Ireland, 4,489MW.

EirGrid Chief Executive Mark Foley added: “We acknowledge and support the Government’s revised target of 80% of electricity from renewable sources by 2030, and in this regard work has already commenced on integrating this new target into a planned update to Shaping Our Electricity Future in 2023. We believe that the new target is deliverable and are committed to developing the optimum pathway to achieving this new ambition by 2030.

“Ireland is on the cusp of the emergence of a new sector in offshore wind. A sector that will be a real powerhouse in helping deliver our 2030 targets, but also in the longer term has the potential to transform the island economy if the vast resources off the west coast can be harnessed in an efficient manner in the decades to come.” 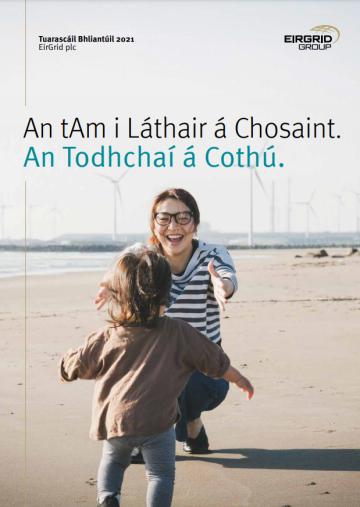