EirGrid has selected an underground cable option for a critical, new electricity project that will reinforce the network across Kildare and Meath. The upgrade will help to more effectively transfer power to the east of the country and distribute it within the electricity network in Meath, Kildare and Dublin. It will help to facilitate the integration of renewables on the grid by strengthening the network and help meet the growing demand for electricity in the East. This growth is due to increased economic activity and the planned connection of new large-scale IT industry infrastructure in the region.

Following extensive local engagement and a multi-criteria assessment, the Kildare-Meath Grid Upgrade project team has selected a single 400 kilovolt (kV) underground cable as the best-performing option from a shortlist of overhead and underground technologies that were put forward for public consultation last year.

The Kildare-Meath Grid Upgrade is a high-capacity connection between Dunstown substation in Kildare and Woodland substation in Meath. These two substations are the end-points of two high-voltage power lines from Moneypoint in Clare, which are used to transport electricity, including large volumes of renewable energy, from the west across the country to the east coast.

Michael Mahon, EirGrid chief infrastructure officer, said: “The Kildare-Meath Grid Upgrade will support the increased use of renewable energy in homes and businesses around the country and will help meet the growing demand for electricity in the east of the country.”

The underground 400 kV cable will be installed along the public road network where possible between the substations at Dunstown, south of Naas in Kildare and Woodland outside Batterstown in Meath. This is a distance of approximately 50 kilometres. Where significant constraints and potential impacts arise, EirGrid will consider alternative and localised off-road options. Any localised options will be considered following engagement with stakeholders, communities and landowners to establish a preferable and acceptable option.

The project team considered all feedback before choosing the single 400 kV underground cable to take into the next stage of the project.

Michael Mahon explained: “When the consultation closed we carried out a detailed review of all the submissions which was then fed into our review and decision-making process. Earlier studies indicated that the up-voltaging solution (Option 1) was the emerging best performing option and the single 400 kV underground cable (Option 4) as the best performing alternative.

"When we studied Option 1 further, we found that to carry out the necessary works on the line would require longer outages where it would be out of service. This extends the timeline for delivering Option 1 and negatively impacted its assessment. We examined Option 4 further by undertaking more in-depth studies and we found that the underground cable can be constructed in a narrower trench than we had assumed before. This results in a more efficient construction timetable for Option 4. We incorporated this additional information into our review of the various options."

The Kildare Meath Grid Upgrade project now moves into Step 4 of EirGrid’s six-step process for developing grid projects. This involves identifying where exactly the project should be built.

Over the coming months, the project team will develop route options between the two substations and seek feedback on them. It is anticipated this round of consultation will take place from September for a 12-week period.

Michael Mahon added: “The responses to last year’s consultation will help us plan and manage our consultation and engagement in the next step of the project. We are grateful to everyone who provided feedback and look forward to the next phase of engagement on this key project.” 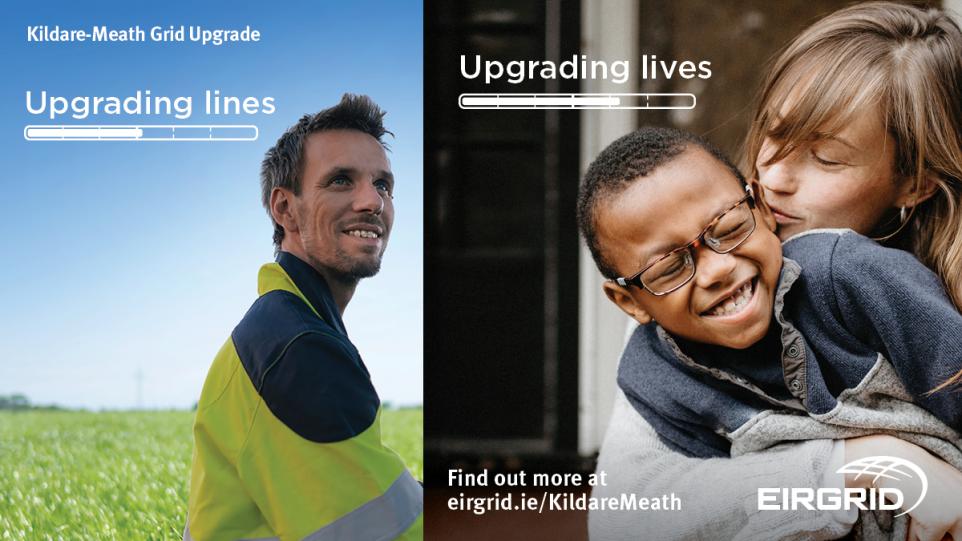